How the NeoMag Began Part 1: The Inception 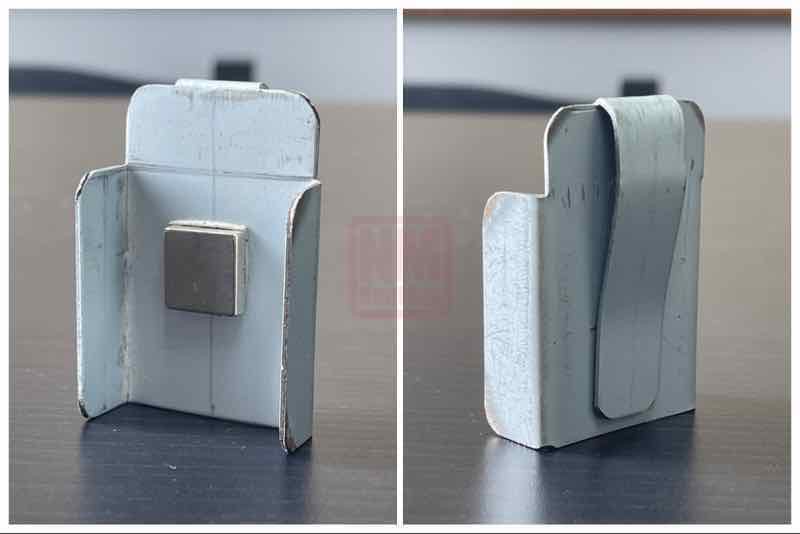 It’s the early 2000’s, I’m in my early 20’s, I still have a head of hair, and I’m newly married. I decided it’s time to get my concealed carry license and prepare myself to protect my wife and eventual family.  It would be years I would have my conceal carry license before I take my first class with an instructor.  My first class would be a basics course with Chris Cerino and Andrew Blubaugh at a small indoor range in NorthEast Ohio.  We were lined up in the archery range one night and the instructors were having us perform some reloads.  Andrew told the class several times that it would be a good idea to carry a second magazine.  Magazines can be the most finicky part of a handgun.  After all a magazine is just a sheet metal box with a spring and follower.  While they aren’t inherently complicated, the technology of a magazine hasn’t changed much since its’ inception.  Andrew pulled a magazine from the bottom of his pocket, flipped it around in his hand to index it correctly, and inserted it into the magwell.  That moment has stuck with me years later and would be a catalyst for something much bigger than I could imagine.

Jump to spring 2015. One day I was sitting in my office at my day job as an engineer for a retail display company and I had a thought.  “I wonder if there is a way I can put a mag in my pocket with some kind of clip?” I was tired of adjusting a magazine loose in my pocket.  When I did practice reloading I always had to fidget with the magazine to get it indexed before I could perform the reload.  I knew that I did not want to add a mag carrier inside my waistband.  Getting used to having a gun and holster was strange enough.  I knew if I was in a situation with my life on the line and I’m reloading things are very, very bad.

I first searched around online to see if there was already a pocket magazine holder on the market that would do what I wanted.  After some searching and asking around I realized there is currently nothing on the market that does what I want.  I had a few requirements for this device.  It needed to be comfortable.  And for it to be comfortable it needed to be very minimal.  It needed to stay firmly in my pocket when I would draw the magazine.  Having something attached to my magazine would make it difficult to load.  It needed to be inconspicuous.  The clip needed to look like something that belonged in a pocket that no one would question.  The magazine needed to be easy to access yet concealed enough no one would question it.  And lastly it needed to be cool.  I have always been interested in quality carry items like knives and wallets, so I wanted this thing to be of high quality.  It needed to have some form while still being functional.  Plastic would mean parts would be too thick.  Sheet metal can be strong while staying thin so that’s where I would start.

In my job building displays, we used all kinds of materials to construct and we even used neodymium magnets to hold displays together.  I stopped at a store on the way home and purchased some magnets and sheet metal. I had a prototype to make.

When I got home I took the mag sitting on my nightstand and the magnet and performed the first test.  Sure enough the magnet stuck to the magazine REALLY well.  Magnets have a lot of pull strength, and depending on the surface finish, very little sheer strength.  The magnet slid right off the magazine.  My idea had a great start.

Next I took some measurements of my Smith & Wesson Shield magazine and drew a few lines on the sheet metal scrap.  I found some metal cutting shears and started cutting.  I stuck the metal in a vice and made a few bends to form some “wings” and another bend to make a pocket clip all out of the same piece of metal.  After testing for fit I super glued a magnet inside.  I stuck the device to my Shield mag, clipped it into my pocket and thought “huh…it works!”  It held the magazine at the top of my pocket so it was easy to grab, it kept my magazine indexed correctly so I didn’t have to flip it around several times before loading, and even though it wasn’t great looking I knew it had some potential.  I just had one problem, the pocket clip didn’t do a great job keeping the device stuck to my pocket.  I was on to something, but I still had some tinkering to do…

I now had a magnetic pocket magazine holder prototype that had potential, but still wasn’t quite right.  The thing would come out of my pocket every now and then and that was not going to work.  I needed to find some way to keep this thing attached.

The clip I had made wasn’t very good.  The pinching strength was not great.  I needed more force between the clip and the pants material.  I took a clip off of a Spyderco pocket knife I had, bent it so it would pinch down harder, cut the clip I made off, drilled some holes and attached the Spyderco clip.  It sure looked better, that’s for sure.  But would it work better?

I put the device in my pocket, slid my Smith & Wesson Shield magazine into it and drew the magazine out.  This worked much better.  But the device would slide half way out of the pocket and I still didn’t like that.  I needed even more grip.  Adding more strength was not much of an option, this clip was strong.  I toyed with making some kind of “latching” clip that would mechanically attach to the pocket.  But that kind of clip would be expensive, complicated and not very inconspicuous.

I dug through my junk drawer (my wife says junk drawers shouldn’t exist, I could not disagree more) and found some adhesive back furniture grippy stuff.  I cut a square out of it, stuck it under the pocket clip and put the device back in my pocket.  There was absolutely no way this thing was coming out of my pocket unless I really tried.

At this point I was really happy with how it performed.  I texted a picture to a few friends and asked if they wanted one.  Both humored me and agreed to try it.  I made two more, wrote “Made in USA” with a sharpie on the side and gave them out.  Their response was immediate that they loved it.  This is when I knew I was possibly on to something.

At this point I’m wondering how many other people might want one of these magazine holders.  How could I produce these to look better and work better?  How many sizes would I need to make to work on thousands of different magazines?  What do I call this little metal thing in my pocket?

That’s where I’ll pick things up next week.