CHECK OUT OUR CUSTOM SHOP

Top 3 reasons to NOT carry a spare?

For almost 3 years now I have received nearly the same comments from people about why they don’t need to carry anymore than the ammunition in their gun.  I would like to just take a moment to give a reply and simply ask to consider some of my thoughts.

Comment 1:  “If I need anymore than the X amount of rounds in my gun I shouldn’t have been there in the first place.”

I’m sure you have heard this or some variation of it.  I get the thought process.  The idea is that if you are in a gun fight that needs multiple reloads you are in some sort of gang fight with multiple attackers bearing down on you.  So you must have made a bad life choice that put you into the wrong neighborhood and now you deserve to be shot to death.

I have two replies to this line of thinking.  The first and most disturbing is this.  You have decided that after your gun empties you now deserve to die?  So your life is only worth the 6-17 bullets your gun carries and not a single bullet more?  You have come to the conclusion that what ever circumstance that happened that led you to that point means you deserve to die?

The second reply is “Are you able to foretell what type of shooting you are going to be in?”  If there is one thing all of us who carry a gun daily can agree on it should be that we know we have no control of what people around us are capable of doing.  It can happen at any time, to anyone, at any location.  And we have no control over how many attackers and what their choice of weapon is.

Comment 2:  “Shot placement is everything.  I’m confident with my skills and what my gun carries.”

I agree.  Hitting your target in their soft spots is literally everything in ending a deadly encounter swiftly.  With that said, we don’t live in action movie fantasy world.  I think the quote “plan for the worst, hope for the best” fits the bill here.  Hope for a situation where you can place every single round that will shut the threat down.  However, plan and train for the worst.

I also have to be honest, the level of blind confidence (i.e. ignorance) needed to strap a gun on every day with this mind set is a bit scarry.  From my experience the guys who have this mind set are also the guys who don’t train, or almost never train.  They are so confident in their ability to shoot tight groups in their heated lane at the local gun range that they don’t need to bother wasting their time and money on training.  We should be confident, but we should be wise.

Comment 3: “The chances of needing another magazine is so small”

I saved my favorite for last.  The foundation for this argument against carrying a second magazine is being built upon the odds.  The odds of needing more ammo, a magazine failure or catastrophic jam are very small.  But aren’t the odds of needing a gun in a defensive situation also extremely small?  Yet haven’t we chosen to base our whole lifestyle around carrying a gun every day?  We spend large amounts of money on guns, ammo, holsters, clothing and (hopefully) training all so we can be prepared for that one small chance we will need to defend our selves?  So why all the sudden are we betting against the odds?

What arguments have you heard that I didn’t cover?  Have any of these been your argument?  If so, I hope you don’t immediately reply back to argue but that you take 24 hours to think about it.  In the end it’s up to you.  You have to make the best choice for you.  Thanks for reading! 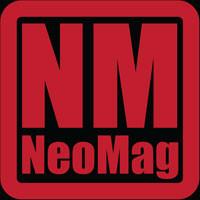 Subscribe to get special offers, early notification on new products and more.

The NeoMag® is a minimalist back-up magazine holder that inconspicuously clips inside your pocket.  Built from the toughest materials and backed by a lifetime warranty.